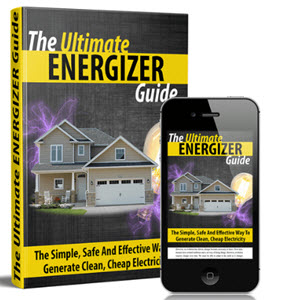 In addition to death rays, mind- and weather-control technology, and free-energy devices, it is also believed by some that Tesla discovered a method to nullify or reverse the effects of gravity, allowing for the possibility of air and space travel. William Lyne, for example, in his

book Occult Ether Physics: Tesla's Hidden Space Propulsion System and the Conspiracy to Conceal It, not only claims that Tesla discovered an anti-gravity device but also that this device was used to develop flying saucer technology: 'The flying saucer is a product of Nikola Tesla's life work, his most fundamentally important invention, for which all his other inventions were in pursuit of, though you probably never heard this fact from anyone else' (3).

According to one version of the story, Tesla's anti-gravity saucer technology was perfected in the 1950s by Otis T. Carr. Carr is believed to have followed Tesla's lead to construct several functioning flying saucers. Carr hoped to take one of the craft to the moon. Shortly after a successful test flight, however, Carr's laboratory was ordered closed by the federal government. His equipment, including the saucers, was confiscated. (Another version of the story is that Carr publicized his intention to demonstrate his saucers to the public. Among his development deals was a promise to create a flying saucer amusement ride for the Frontier City Amusement Park in Oklahoma. Carr provided the park with a mock-up of a saucer and promised to demonstrate the real thing at the park. He would then take a larger craft from the amusement park to the moon and return in just a few hours. Neither Carr nor his saucers made their promised appearances. In 1961 Carr was convicted of selling unregistered securities in Oklahoma and was sentenced to time in prison.)

Ralph Ring claims to have been Carr's assistant and co-pilot, and reports that he piloted a 45-foot saucer, the OTC-X1, at the speed of light. He describes the experience:

Fly is not the right word. It traversed distance. It seemed to take no time. I was with two other engineers when we piloted the 45-foot craft about ten miles. I thought it hadn't moved - I thought it had failed. I was completely astonished when we realized that we had returned with samples of rocks and plants from our destination. It was a dramatic success. It was more like a kind of teleportation. (www.projectcamelot.org)

Furthermore, when the craft was operational, passengers experienced strange sensations:

. . . the metal turned to Jell-O. You could push your finger right into it. It ceased to be solid. It turned into another form of matter, which was as if it was not entirely here in this reality. That's the only way I can attempt to describe it. It was uncanny, one of the weirdest sensations I've ever felt.

Others believe that saucer technology was well advanced even in Tesla's lifetime, and that it was related to strange transmissions received by Tesla in 1899. Tim Swartz believes that light is shed on the story through information found in Tesla's journals, once thought lost, but recently recovered (at least for a short while). Swartz's The

Lost Journals of Nikola Tesla: HAARP - Chemtrails and the Secret of Alternative 4 reports that:

In 1976, four undistinguished boxes of papers were auctioned in the estate of one Michael P. Bornes. Little is known about Bornes except that he had been a bookseller in Manhattan. The auction took place in Newark, NJ, with the boxes and their contents being bought by Dale Alfrey for twenty five dollars . . . He was surprised to find what appeared to be lab documents and personal notes of Nikola Tesla. (11)

Unfortunately, before Alfrey could properly protect the documents, they were taken from his home by the 'Men In Black.' He was, however, able to reconstruct some of the content of the journals, including the information that in 1899 Tesla intercepted messages from extraterrestrial beings. Tesla first believed the beings were preparing humans for conquest and domination.

Assuming at first that the messages were coming from another planet, most likely Mars, Tesla later became convinced that the signals were too strong to have come from anywhere other than nearby space or the moon. He came to believe that the beings were not from Mars or any other planet in our system. He learned from these beings that the temperature of the earth was increasing, and that it would one day be uninhabitable by human beings. Perhaps, he surmised, the messages were from fellow earth people, who had left the earth in prehistorical times, but who still monitored the development of those left behind.

Sean Casteel, in his book Nikola Tesla: Journey to Mars - Are We Already There?, offers a slightly different account of Tesla's messages from space. He writes:

Now I have to tell you that this is a story that I can't confirm or deny. I don't have solid pieces of a flying machine or anything like that. It's a really great story, but I can't confirm it. So I'm somewhat loathe to talk too much about it, but I really think that this book could help bring some people forward who may have information about this.

What I have been able to gather is that there was a group of men in the middle to late 1800s, probably after 1850, who were receiving channeled communications from a spirit medium . . .

Allegedly, it started out as a social club . . . They started to get messages from spirits, and eventually communication professing to be an intelligence from the planet Mars. These channeled messages then started feeding technological information that led to the development of early flying machines that this group put together and initially started flying in Northern California. (60)

According to Casteel, in 1899 Tesla himself began to receive messages and decided to participate in the work of the 'Aero Club.' His participation would prove important. Tesla helped the Aero Club to construct a craft that would transport humans to the planet Mars. It was based on 'anti-gravity propulsion' or 'electrogravitics.' In 1903 an attempt was made to send this craft to Mars. Powered by one of Tesla's energy beams, the craft left the earth's atmosphere, but was not heard from again for many years.

Finally, in 1924, Tesla began to receive signals again, but was unable to make any sense of them. He believed that they were signals sent from the space crew to inform earth of their safe arrival on Mars. In 1938 Tesla received direct communication from the Mars project survivors. He learned that the crew had made it to Mars, in part because a ray machine similar to Tesla's had latched onto the craft and drew them in. Expecting to find intelligent life, the explorers found only a dead planet, the remains of the lost civilization telling the story of their tragic demise. In time, the Mars mission was able to learn from the technology of the Martians and return to earth: 'These people eventually came back to Earth using devices we now know as flying saucers' (65).

It now appears as if a fight is about to break out between competing vendors.

At one end of the demonstration area someone has set up a very large Tesla Coil. When it was turned on the electrical buzz was audible all over the room. This had been followed by a few loud cracks of electricity. Everyone's attention quickly turned that way.

The Tesla Coil stands about six feet high. From its top protrudes a crown of glass tubes. A man has taken one of the tubes and holds it to within a

4 THE EXPLORERS FOUND ONLY A DEAD PLANET, THE REMAINS OF THE LOST CIVILIZATION TELLING THE STORY OF THEIR TRAGIC DEMISE

couple of feet of the coil. As he does, a visible bolt of electricity arcs between the coil and the rod. The air pops and there is a slight smell of ozone.

He then passes the glass rod to another person, who repeats the demonstration.

'This is good for my arthritis,' he says with a grin.

'Oh and for all sorts of other things,' the owner of the device tell us. 'I recommend that you use it at least once a day.'

I decide that I would like to try it, not so much for arthritis as for the snap, crackle, and pop of electricity. I inch closer and prepare to have my turn. As I do, I suddenly feel very funny in my chest. This is weird. I don't have a pacemaker or a bad heart, or anything. But sure enough, there it is. When I step within three feet of the coil, my chest hurts. Tesla's death ray seems to be working, at least on me. I think I will pass, maybe try it again later.

I won't get another chance.

29. A Tesla Coil in action at the Extraordinary Technology Conference, 2007.

A very angry man walks up and demands that the device be removed. He is the inventor of this particular version of the Tesla Coil and he has a court order to stop anyone else from selling it. He has already been on the phone with his attorney.

The owner of the device looks caught. He turns off the power and begins to shuffle a pile of papers. His accuser approaches him and they began to talk in hushed tones. This is awkward.

Someone speaks up from the crowd and receives a big laugh and a hearty round of applause: 'I thought Tesla invented it,' he says.

The crowd begins to move away. I hear people talking about all the things the coil is good for in addition to arthritis. The list includes time travel.

What Is The First Essential Step For Going Green With Energy? Get Everything You Need To Know To Get Started With Helping The Earth And Conserving Energy. This Book Is One Of The Most Valuable Resources In The World When It Comes To Learning About Energy Sources That Will Help Save The Planet.