The origin of life straining the soup or our credulity 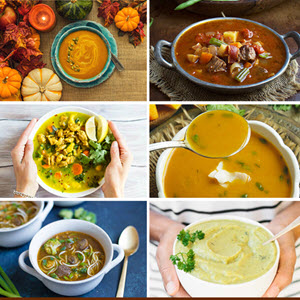 This chapter is a story of abject scientific failure. It is also a story of omission and simplification, but how else could one encapsulate this enormous and unresolved area? Perhaps by way of introduction I should mention two items. First, there are some excellent books devoted to the topic of life's origins.1 There are also, of course, many review papers in the literature,2 although almost invariably they reflect a particular school of thought so that while opposing schools receive raking fire the inadequacies of their own stance tend to receive more muted criticism. Second, here I make effectively no mention of the so-called 'RNA world'.3 This 'world' is widely, but not universally, accepted as predating our familiar DNA-based world, and is taken to represent a key staging post that attempts to solve a sort of 'chicken-and-egg' question as to what came first: a system of replication to code and transmit instructions or a chemically controlled metabolism to channel energy using catalysts (a.k.a. enzymes). Proponents of the 'RNA world' solve this conundrum by answering this question with the reply: 'simultaneously'. This is on the basis of earlier speculation, combined with subsequent experimental proof of two facts: first, that RNA acts as an agent of replication (in nearly all organisms this is on the basis of instructions coded in the DNA and then transferred to the RNA); second, that in some circumstances RNA acts in an enzymatic capacity (ribozymes), a role that in practically all living cells depends on particular proteins (enzymes). So why is there no discussion here of this putative 'RNA world'? Simply, because by the time you have reached this stage in the early evolution of life you are probably home and dry. Getting there, however, remains much more problematic. The remarks concerning the 'RNA world', made by David Bartel and Peter Unrau4 are particularly apposite when they write, 'its status as a hypothesis is easily forgotten. Problems remain, particularly the implausibility of prebiotic RNA synthesis and stability'.5

And that gently questioning tone is the gist of this chapter, drawing as it does on a sceptical tradition articulated most cogently by

Robert Shapiro (see note 16). Another individual for whom I have a particular admiration in this context is Leslie Orgel, not only because he is a key individual in the study of the origin of life, but as importantly because, in contrast with the sunny optimism displayed in so much of the literature, his papers reveal a traveller who knows he might be on the high road to success, but will not be totally surprised if the path leads to a fetid bog. This stance is neatly encapsulated in one his review articles,6 where he writes:

The problem of the origin of life on the earth has much in common with a well-constructed detective story. There is no shortage of clues pointing to the way in which the crime, the contamination of the pristine environment of the early earth, was committed. On the contrary, there are far too many clues and far too many suspects. It would be hard to find two investigators who agree on even the broad outline of events.7

Yet, the study of life's origins is set in a paradox because the underlying principles could not be more straightforward. This is because the first chemical steps that led to the processes of self-replication (ultimately held in the thrall of DNA) and controlled cycles of chemistry (what we call metabolism) must have been simple. Knowing these foundations it surely cannot be that difficult to add storey to storey, ultimately to remove the scaffolding, and so reveal the functioning cell, a near-miracle of encapsulated design but arising by unremarkable processes?

To be sure we must acknowledge preconditions, including the fact that if the precursors of life had not rained from the heavens on to the surface of the early Earth, supplying it again and again with volatiles, then quite possibly there would have been no oceans or atmosphere. Without this cosmic drizzle it is quite possible that life would never have had either the building blocks or the milieu necessary for its origination. On the other hand, such an influx of water and organic compounds is hardly relevant to the actual question, how did life begin? This is because the simplest of the molecules required for the beginning of organic chemistry, compounds such as formaldehyde and hydrogen cyanide, are themselves readily synthesized in at least some circumstances that might have occurred on the early Earth.8

In other words, it doesn't really matter where such compounds form: what does matter is what happens next. So, too, with the next stage, that is, the assembly of such basic building blocks of life as the amino acids, sugars, and hydrocarbons, as well as the nucleotides that are fundamental to DNA. Such syntheses are widely regarded as inevitable, and images of warm ponds, seething volcanic springs, and massive thunderstorms rumbling across a deserted yet pregnant landscape are used to feed the imagination. At this stage, life has yet to exercise its peculiarly specific grip, its spinning of the genetic code, its weaving of biochemical complexities; but no matter: despite the vast pot-pourri of resultant chemicals, the nascent processes of Darwinian selection are already winnowing and reaping, the inappropriate is steadily devoured in chemical competition with the winners. Metaphorically the molecules slug it out by tooth and claw. Cycles develop, life emerges, and four billion years later one species invokes the marvels of autocatalysis and emergent properties to cap the argument. These ideas are the bread and butter, so to speak, of a substantial part of the origin-of-life industry. They are well encapsulated in the proposals of Manfred Eigen.9 An important part of his argument is the emergence of primitive cycles that combine, as so-called hypercycles, to permit replication. A critique of Eigen's ideas is offered by John Maynard-Smith,10 who suggests that the mechanism of hypercycles becomes plausible only if it is housed within a cell, and the origin of the cell ... ? Even so, the drums and trumpets that regularly sound in support of self-organization and autocatalysis as appropriate mechanisms that could lead to stable and self-replicating systems form a regular musical accompaniment to those who believe that these precepts are a highly desirable, if not necessary, goal,11 even though there are painfully few experiments.12

And yet, something is clearly missing: life cannot be created in the laboratory, nor is there any clear prospect of it happening. When we return to the simpler stages of organic synthesis, the apparently crisp outlines begin to blur. Even the arrangement of the experimental apparatus, the literal disposition of the test tubes, can spell the difference between success - of a sort - and yet another failure. And yes, certain compounds can be generated, but as often as not in minute quantities, mixed up with all sorts of other goo and under conditions which, to be frank, bear precious little resemblance to anything conceivably like the early Earth.