How to Build a Backyard Chicken Coop 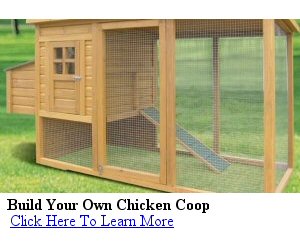 Although group selection can seem awfully technical, it has practical applications. Take, for example, egg production. A great deal of effort has gone into producing chickens that lay lots of eggs. Historically, farmers have tackled the problem at the level of the individual chicken. The chicken breeder would found the next population with the descendants of the most prodigious egg-layers. The strategy was successful: Chickens can lay 100 eggs a year.

Here's a little bit of detail that you should know about chickens. They don't live isolated lives on the farm. They are raised in group pens, where interaction among chickens can be downright nasty — so much so that chickens often have their beaks removed to prevent them from pecking one another. If the best egg-layer lays many more eggs than the other chickens because she takes resources away from them, you can easily see why the other chickens in the pen won't produce as many eggs as the individual egg-laying champ. What the egg farmer wants, however, is to maximize the total number of eggs produced. Because chickens are raised in pens, the important number isn't eggs produced by any particular chicken, but eggs produced per pen.

William Muir and coworkers wanted to see whether it was possible to increase iff the number of eggs that the chickens laid as a group rather than merely increasing the number of eggs laid by individuals. So they expanded on the farmer's breeding practices, which favored the chickens that laid the most eggs, by introducing selection at the group level.

Muir selected for the largest number of eggs per pen. Chickens from pens that produced a large number of eggs were used to found the pens for the next generation. The best-producing pens of that generation were the source of individuals for the subsequent generation. After five generations, Muir was able to produce chickens that got along so nicely with the other chickens in the pen that removing the beaks was no longer necessary. Just as significantly, egg production increased by 100 percent, to 200 eggs per year per chicken.