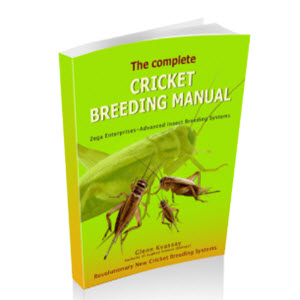 The inefficient production of sound by cricket harps is superficially troubling: why should natural selection allow the development of an inefficient system? The use of energy for capacitative and inertial work offers no advantages in attracting mates, and it takes energy that otherwise could be used to produce offspring. It makes no sense, but there it is. In this regard, however, the constraints of acoustics can illuminate the subtle interplay of costs and benefits that shape the selective milieu in which crickets operate.

The Oecanthus harp should, in the interests of efficiency, produce sounds at 33 kHz or higher. Frequencies as high as this are well above those most animals can hear, but that in itself is no reason why insects could not use them to communicate. Some, in fact, do: certain species of stridulating insects generate sounds at frequencies as high as 55 kHz. One of the big problems with high-frequency sound, though, is that it does not propagate well in air. A 33 kHz tone, for example, loses about 1 decibel of sound intensity for every meter it propagates: 90 percent of the sound's power will have been lost by the time it radiates 10 m from the insect. At 2 kHz, however, the loss of power is much less, only 0.01 decibel to 0.1 decibel per meter. At this rate, the insect can broadcast sounds that travel from 100 m to 1,000 m before they lose 90 percent of their power.

This problem throws a rather large monkey wrench into the presumption that natural selection should always favor efficient production of sound. In fact, the physical constraints of acoustics sometimes make inefficient sound production work quite well. Suppose, for example, a cricket has Xjoules of energy to invest in sound production. It can use this energy to produce sounds at high efficiency (that is, at high frequency) but with limited range, or it can use it to produce sounds that will project further (that is, at lower frequencies) but only very inefficiently. In fact, there is great potential in pursuing the latter strategy: energy converted to 33 kHz sound at a particular rate of efficiency will project to about the same vol ume as will 2 kHz sound produced at 0.1 percent of that efficiency.

In laying out this argument, I am not trying to make the point that efficiency in the conversion of energy into sound is not important in the milieu of selective forces that have influenced the evolution of cricket song. Rather, I wish to lead you to two conclusions. First, and most obvious, absolute efficiency of conversion of energy into sound is not in itself a sufficient criterion for determining the success of a sound-producing organ. Second, and more indirect, even very modest increases of efficiency in an inefficient sound-producing system can yield big payoffs. For example, if X joules of energy were used to produce a 2 kHz sound at 0.2 percent of the efficiency of the 33 kHz sound, the sound projects to eight times the volume. This gives the cricket's song quite a boost.

the leaf acting as a baffle. The proof lies in whether or not it improves the emission of sound. Indeed, it does: songs from crickets sitting in leaf baffles are 2.5 to 3.5 times louder than songs from crickets standing alone. Thus, a cricket singing in a leaf baffle can project its song to a volume 15 to 47 times larger than the volume produced by a cricket standing alone.

Boosting the Performance of Small Sound Emitters Baffles around a sound emitter obviously help, but there are better ways to increase the efficiency of sound production. For one thing, baffles do not completely eliminate the inertial component of work. To some extent, inertial energy is spent because of imperfect baffling. The leaf baffle of Oecanthus, for example, does not fit tightly around the wing. Although it reduces the diversion of energy into inertial work, it does not eliminate it, because there still will be some back-and-forth movement of air between the outer margins of the wing and the inside margin of the hole in the leaf. Even if the leaf baffle were solidly joined to the wing, however, it still would not eliminate the inertial work. As the harp membrane bulges alternately in and out, it will also accelerate air away from the membrane

parallel to the baffle's surface. This also saps energy from production of sound.

People who work with sound, such as musical instrument makers, have known for centuries of a clever trick that substantially boosts the acoustic performance of a small sound emitter. Indeed, an understanding of the physics of this trick points to the possibility of a perfect sound emitter, one which eliminates completely the diversion of energy into capacitative and inertial work. The trick involves enclosing the sound emitter in an infinite horn.

Horns are familiar elements of sound amplification systems and musical instruments. Popularly, horns are thought to direct sound as the sound waves are re flected off the horn's internal walls, similar to the way the curved mirror in a flashlight reflects light from a bulb. In this conception, sounds seem louder because the horn concentrates sound. For the most part, though, acoustical horns simply don't work this way: the long wavelengths of most audible sounds limit the degree of internal reflection that is possible. Internal reflection of sound will likely be important only at very high frequencies (very short wavelengths).

There is no such thing as an infinite horn, of course. Any horn that is finite in length will enclose some finite mass and volume of air, and a sound emitter will end up doing at least some inertial and capacitative work on that air. But there are ways to nudge a finite horn closer to being a perfect emitter of sound. One simple trick is make the horn a particular shape. Horns come in a variety of shapes, commonly three. Conical horns, as the name implies, are simple cones with straight sides, like the megaphones once used by

3. In the jargon of acoustical science, an infinite horn imposes a completely resistive load on the emitter, so called because the rate of dissipation of sound energy is limited by the elastic properties of the air, just as electrical current is limited by a resistor.

cheerleaders. Parabolic horns flare widely at the throat, where the sound emitter is, and less steeply toward the mouth, where the sound leaves the horn. Exponential horns flare more widely at the mouth than at the throat, like the graceful flare of a trumpet. Of the three, the exponential horn most closely approximates the performance of an infinite horn.

Finite horns also offer some interesting ways to turn acoustical shortcomings to advantage. The air enclosed in a finite horn has inertia, because it has mass, and it has elasticity, because it springs back after it is compressed. The air in the horn can therefore resonate. The resonant frequency of an exponential horn is related to its length: in general shorter horns resonate at higher frequencies than do longer horns. When the air in a horn is set into resonant motion, however, it turns the tables a bit on what is emitter and what is driven. So far we have been assuming that the emitter drives vibration of the air, but when air in a horn is set into resonant motion it can now drive the vibration of the emitter. This helps boost sound production, but it also helps purify the sound. In other words, the sound emerges as a purer tone. As illustration, consider the vibration of a common sound emitter in many musical instruments, a vibrating reed.

When air is blown past the edge of a reed, the reed vibrates back and forth at some resonant frequency determined by its own mass and stiffness. The reed's vibration then sets the air around it into vibration, generating a sound. The sound that emerges from the reed will have a primary frequency equivalent to the reed's vibration frequency. However, the sound also emerges at lots of other frequencies. These arise in a variety of ways: the reed may vibrate imperfectly;air may flow turbulently around the reed and so forth. To the ear, these secondary frequencies give the reed a "buzzy" sound. The "noise" may be visualized in a plot of the energy in the sound versus its frequency—the frequency spectrum (Fig. 10.4c). Most of the sound energy is concentrated at the reed's resonant fre-